The Black Sea region of Turkey reaches along the north of Turkey from the east of Istanbul until the Georgian boarder. The region is dominated by dramatic mountain ranges that meet the sea creating a year round cool oceanic climate and a playground of rivers, forests, lakes and waterfalls.
The Black Sea region in previous times was commonly known as Pontus and is considered to be home to the Amazons, an all-female warrior tribe. Although the region now belongs to Turkey it is also home to the Laz and Hemsin population, local people speaking a dialect of Georgian and Armenian. 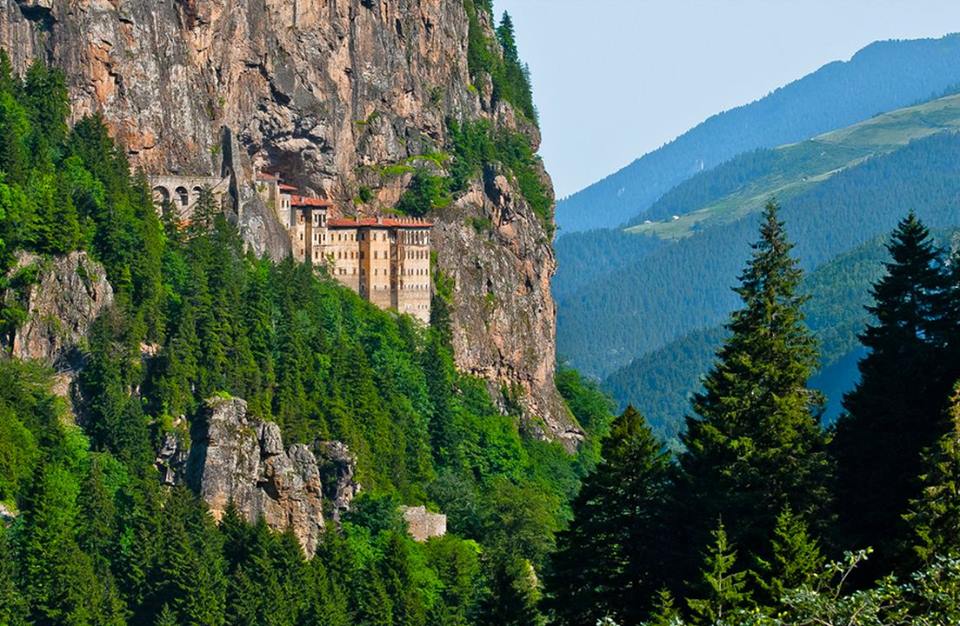 Places to visit along the Black Sea Coast

Amasya: Sitting inland, high in the mountains along the Yeşilırmak (Green River), Amasya is a typical Black Sea region city. Enjoy the architecture of the many Ottoman Mansions or take a peek at the quirky museum. The city, once the capital of Pontus, lights up the cliff to display the Pontus Kings sculptures high above the town dating back to the 3rd century BC.

Samsun: First founded by the Miletus in 760 BC, not much of the old Samsun stands as the city was burnt to the ground in the 1400s by the Genoese Raiders. The starting point of the Turkish War of Independence, Sumsun is a large city with many great hotels, parks and promenades.

Safranbolu: Like most cities in Turkey the history dates back before Christ; however Safranbolu is famous for more recent times. The city was one of the most important hubs on the old East-West trade route and is now possibly Turkey best preserved Ottoman city. A UNESCO World Heritage site, Safranbolu allows you to capture the spirit of the Ottoman period with traditional red tiled roofed Ottoman houses, markets, cobbled stones alley ways and a great hamam. Don’t forget to stock up on saffron spice and taste the local Lokum (Turkish delight).

Sinop: First settled by the Militus around 800 BC, Sinops natural harbour provides the perfect setting for a trade port. Today you can visit the Alaadin Mosque and its seminary built in 1267, The Sinop Museum also has some remains of the ancient Temple of Serapis. Sinop also holds some military significance as it was the setting for the Massacre of Sinop where the Imperial Russian Navy destroyed the entire Ottoman Naval fleet in 1853; the US also held a naval base here during the Cold War.

Trabzon: Once located on the ancient Silk Road, Trabzon is now the largest port city on the Turkish Black Sea coast. The city was also the Byzantine capital for a short period and due to this Trabzon has some inspiring Byzantine architecture. The Ayasofya (Hagia Sofia) of Trabzon has been converted to a mosque, church, museum and back to a mosque again and continues to be under much debate however if you get the chance to visit, you will marvel at the frescoes and rock carvings. Perhaps the most famous site in Trabzon is the Sümela Monastery located 47km from the city. Dramatically positioned in the cliff face, the monastery was first founded in 386 AD and is dedicated to the Virgin Mary by the Greek Orthodox Church. The monks were forced to abandon the monastery during the 1923 population exchange leaving it poorly managed until 2012 when the Turkish government began funding for its restoration.

Uzungöl: Situated in the Northeast Black Sea region, Uzungol is relatively unknown to travellers but has been a popular destination with Arabic tourists recently. Located on the edge of the beautiful lake, the town is built up from wooden houses built from local materials and as the fog rolls in in the evening this quiet town becomes a romantic getaway.